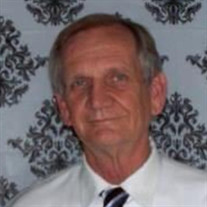 Albert Keet was born on September 19th, 1945, in Phillipsburg, New Jersey to Hernetta & Albert Keet Sr. who already had an older child Neola. The family lived on several dairy farms and ran Keet’s Dairy during Al’s early years. Needless to say, Al was recruited to help with the milking when he was quite young. When their dad had enough of the northern winters he moved the family down to sunny Fort Lauderdale, Florida. Those were great years for Al. As a teenager Al delivered newspapers on his motorcycle. While on his paper route one day a car hit him, and the accident nearly severed his left leg. The surgeon was going to amputate it, but his dad told him “No, you are going to save that leg,” And he did! The Vietnam war had begun, and Al wanted to go to fight, but the recruiter labeled him “4F”. Instead of enlisting he decided to go to Tech School and learned to repair TVs. That training led him to Texas Instruments in Dallas and Al happened to pick an apartment complex to live in where Sharlene Teehee and her roommates lived. And the rest is history. He and Sharlene were married and along came Valerie Jane. Eventually they moved to Florida where he began working for Modular Computer Systems where he worked his way up to a Field Engineer repairing computers the size of refrigerators that operated tracking for the Space Center, ran traffic operation systems for large cities, railroad systems and even nuclear power plants. He taught himself nearly every computer language out there and eventually retired with the title Computer Engineer. He is survived by his wife, Sharlene, daughter Valerie, granddaughter Emily, great granddaughter Harper, and his sister Neola and her family. Al was never a churchgoing person. However, God, who is always faithful, answered the prayers of many years at the end of his life. His wife, Sharlene and daughter, Valerie had the privilege of leading him in the “Sinners’ Prayer” about a month before his passing. They rejoice in knowing they will get to spend eternity with him.

The family of Albert Keet created this Life Tributes page to make it easy to share your memories.

Send flowers to the Keet family.