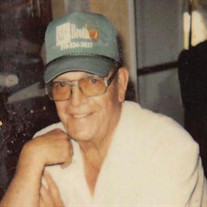 Arthur “Doc” Reese, U.S. veteran, of Whippoorwill in Osage County, Oklahoma, was 85 when he died Tuesday in Bartlesville. Doc was born the son of Charles Elvin and Flora Geneva (Jones) Reese on July 30, 1936, in Bartlesville. He was a lifelong resident of the area and attended the Dewey schools. Doc joined the U.S. Army and served stateside just after the Korean War. Doc was proud of his military service and felt fortunate to serve. Once honorably discharged he returned home and started his family. He was an avid supporter of veterans and veteran’s charities. Doc worked for National Zinc in Bartlesville for many years, only retiring when the company closed the local plant. Not one to sit around, Doc took up odd jobs over the years, especially where he could be useful. Most recently he worked at Jim’s Place in Pawhuska where he put out the ice and helped form the hamburger patties every Wednesday and Saturday. When the kids were young, Doc’s family spent many memorable weekends at the lake, camping and fishing. Doc also enjoyed riding motorcycles out on the trails or taking the boat for a spin. In his younger days he enjoyed shooting pool, dancing, and visiting with friends. In recent times, every Sunday was spent visiting his great-grandchildren and he especially loved Christmas dinners with the family, considering time with them a true blessing. Every Sunday afternoon, Doc would go to his sister Waynetta’s house for lunch. He was a special guy and his children will miss him dearly. “We Love You Dad”. Doc is survived by his three children Art Reese Jr., Steve (Nina) Reese and Tammy (David) Schulte; sister Waynetta Barrett; five grandchildren, Ryder Reese, Dillon (Tonya) Reese, Levi Reese, Andrea (Dylan) Gilbert, and Dustin Burdett; and three precious great-grandchildren Zoey, Kash, and Landon. He is preceded in death by his parents and four siblings Charlie Reese, Elvin Reese, William Reese and Geneva Gray. Arthur’s family will receive friends at the Davis Family Funeral Home – Dewey Chapel, 918-534-3030, 113 S. Osage (Hwy. 75), Dewey, on Monday, from 6-8 p.m. Visitation will also be held on Monday from 10-8 and Tuesday 9-1. Services will be held 2 p.m. Tuesday, at the Davis Family Funeral Home - Dewey Chapel. Services are under the direction of Carter Davis and the Davis Family Funeral Home – Dewey Chapel. Online condolences and remembrances may be shared at www.DavisFamilyFuneralHome.com.

Arthur &#8220;Doc&#8221; Reese, U.S. veteran, of Whippoorwill in Osage County, Oklahoma, was 85 when he died Tuesday in Bartlesville. Doc was born the son of Charles Elvin and Flora Geneva (Jones) Reese on July 30, 1936, in Bartlesville. He... View Obituary & Service Information

The family of Arthur "Doc" Lee Reese Sr. created this Life Tributes page to make it easy to share your memories.

Send flowers to the Reese family.