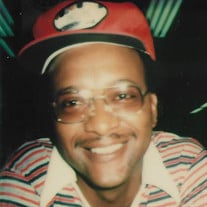 Benny Ray Jarrett, 75, of Bartlesville, died Wednesday, March 6, 2019. Benny was born November 11, 1943, in Jefferson, Texas, to Johnny Lee and Irma Lee (Cooper) Jarrett. He graduated in 1962 from Borger High School. Benny attended Frank Phillips University and graduated in two years. He also attended Eastern Texas in El Paso for one year and completed his education at West Texas A&M. Benny served in the Army at Vietnam for three years and returned in 1970. He went to work at Phillips Petroleum Co. as operator and then in the personnel department. In 1970 Benny met the love of his life, Dorothy Doss, and they married in 1972 in Borger, TX. They made their home in Borger and both started their careers with Phillips Petroleum Company, moving back and forth between Bartlesville and Borger. Benny and Dorothy loved to spend time hosting family get-togethers with plenty of food, fun and fellowship. They enjoyed watching westerns and sports together. Survivors include his children: Lisa Jarrett of Fullerton, Calif., Misty Jarrett of Tulsa, Brian Jarrett of Tulsa, and Daryl Jarrett of Oklahoma City; 2 brothers, Johnny Jarrett Jr. and Ruby of San Diego, Calif., and Ernest Charles Jarrett and Shirley of Borger, Texas; 7 grandchildren, Sierra Gayle, M’Leigha Jarrett, Sean Neal, Kendric Jarrett, Lyric Jarrett, Aria Jarrett and new baby Jarrett; and a host of nieces and nephews. He was preceded in death by his wife, Dorothy; his parents; and a brother, Thomas McCoy. Services will be held at noon on March 16 at the Davis Family Funeral Home – Dewey Chapel, 918-534-3030, 113 S. Osage (Hwy. 75), Dewey. Services are under the direction of Carter Davis and the Davis Family Funeral Home – Dewey Chapel. Online condolences and remembrances may be shared at www.DavisFamilyFuneralHome.com.

The family of Benny Ray Jarrett created this Life Tributes page to make it easy to share your memories.

Send flowers to the Jarrett family.