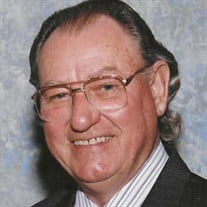 Billy Ray Privitt, 90, of Bartlesville, died Wednesday in Bartlesville. He departed this earth and joins his loved ones who preceded him, but he leaves behind a legacy of love that continues on. Bill was born the son of Ray and Dona (Sands) Privitt on February 16, 1931, in Dearing, KS. He was raised in South Coffeyville and graduated from Lenapah High School in 1949. Bill went on to further his education at the University of Tulsa where he completed his law degree in just six years while working full-time to pay for his studies. Once graduated, Bill practiced law and also served the Lord as a Methodist minister. While ministering at the Welch United Methodist Church, he met his future forever bride Cathy. They fell in love and united in marriage on May 24,1980 and they made their home in Welch for several years before moving to Bartlesville in 1991. Bill’s sister encouraged him to try teaching at the Coffeyville Community College’s paralegal program. This led to a position at Tri County Tech in Bartlesville where Bill built their paralegal program and enjoyed teaching for 13 years. He went back into full-time private practice, only retiring just two months ago! Together Bill and Cathy enjoyed traveling and share their passion with their children and family. Over the years, the couple loved taking cruises and were hooked after their first cruise to Alaska. Bill’s second love was playing golf, almost every day at Adams Golf Club. Whether alone or with friends, the dedicated golfer enjoyed scrambles and tournaments both near and far. Most importantly, Bill loved the Lord and through his chosen profession, he was able to minister to his law clients at difficult times in their lives. He lived a long and fruitful life with an uncommon purpose and passion that the rest of us could aspire to. Bill is survived by his loving wife of 41 years Cathy; six children, Shelly Choppin and Chris, Mat Johns and April, Melissa McClellan and Paul, Pam Howard, Stanley Privitt and Patti Lu Swetonic; as well as his brother Sam Privitt and Connie; and several beloved grandchildren and great grandchildren. He is preceded in death by his parents and sister Mary Ann Pendleton. Services will be held 10 a.m. on Wednesday, at the Davis Family Funeral Home & Crematory – Walker Brown Chapel, 918-333-7665, 4201 Nowata Rd, Bartlesville. Pastor David Stroup will officiate. Services are under the direction of Carter Davis and the Davis Family Funeral Home & Crematory – Walker Brown Chapel. Online condolences and remembrances may be shared at www.DavisFamilyFuneralHome.com.

Billy Ray Privitt, 90, of Bartlesville, died Wednesday in Bartlesville. He departed this earth and joins his loved ones who preceded him, but he leaves behind a legacy of love that continues on. Bill was born the son of Ray and Dona (Sands)... View Obituary & Service Information

The family of Billy "Bill" Ray Privitt created this Life Tributes page to make it easy to share your memories.

Send flowers to the Privitt family.