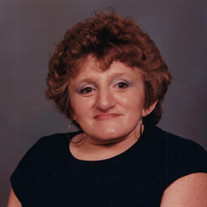 Bonita Sue Morrison, 69, passed away at home, Sept. 17, 2021. Bonita (Bonnie) Morrison was born April 4, 1952, in Bartlesville, OK, to Robert and Clarabel (Philpott) Morrison. Bonnie graduated from Copan High School in 1970. She went on to attend Northeastern State College in Tahlequah, and finished her education at University of Central Oklahoma in Edmond, graduating with a BS degree in Psychology. Bonnie worked for Jane Phillips Hospital, Hertz, Mercy Hospital and AT&T as a data entry processor. She also worked for Forest Manor Nursing Home and Timberlane Nursing Home as an Activity Director. Bonnie was well-liked by everyone she worked with and she very much enjoyed her time as Activity Director at the nursing homes. Bonnie had physical disabilities due to a childhood diagnosis of Osteogenesis Imperfecta (brittle bones), but she never let any of this keep her from working or helping others. Bonnie was well loved by her family, especially all her nieces and nephews. It was a big thing for them to measure themselves by Bonnie as they were growing up. They loved saying, “I’m taller than you.” At one point in Bonnie’s life when she was not able to work in public, she devoted her time to looking after nephews John and Sean while their parents worked. Bonnie was our Jack of all trades and master of “none”. Because she was often bored being in the hospital or at home in bed, she read lots of books which led to her reading about people, places and things which caused her to want to know more about these things, and so she would get even more books to learn more. She read books about painting and taught herself to draw, paint, weave, embroider, knit, crochet, and write stories and poetry. She could entertain kids for hours. She also loved watching old movies. Watching her do these things you should have picked up that you shouldn’t complain and whine about your pain. She never complained about how she hurt! Tell yourself: “If Bonnie can do it, so can I.” Bonnie was preceded in death by her parents, grandparents, and one brother James Morrison. Bonnie is survived by two sisters, Margaret DeShazo & husband Don of Dewey, and Jean Little of Bartlesville; sister-in-law Linda Morrison of Ochelata; one brother David Morrison & wife Carol of Oklahoma City; and uncles Jim Morrison of Bartlesville and John Warren of Tulsa. Bonnie is also survived by several nieces and nephews: Glenda & Danny Woolever, Rob & Tracey Morrison, Desiree & Michael Shrum, John Little & Erin, Sean Little, Jessica & Patrick Payne, Jackie Morrison, Jason Morrison, Valerie & Tommy Castruita, David Marcin, Candice & Jeffrey Hoskins, and Luke & Bobbie Marcin, and numerous great nieces and nephews. In lieu of flowers, donations may be made to Shriners Hospital for Children, 4400 Clayton Ave., St. Louis, MO 63110. Funeral services will be held 2 p.m. on Thursday, at Memorial Christian Church, with Rev. Dan Snider officiating. Services are under the direction of Carter Davis and the Davis Family Funeral Home – Dewey Chapel. Online condolences and remembrances may be shared at www.DavisFamilyFuneralHome.com.

The family of Bonita "Bonnie" Sue Morrison created this Life Tributes page to make it easy to share your memories.