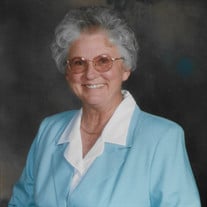 Cassandra “Sandy” Morrison, 75, of Bartlesville, died Sunday in Bartlesville. Cassandra, or Sandy as she was known, was born the daughter of Mable Lucille Reeder on July 11, 1944, in Tulsa, OK. She was raised on the family oil lease east of Tulsa and received her education in Tulsa, graduating from East Central High School in 1962. During her growing up years she found her lifelong passion for playing and watching women’s basketball. Sandy remembered fondly the summer trips to St. Louis to visit her cousin Rose Roller and they were the best of friends. She started her career with Websters Engineering where she worked for several years before hiring on at McDonnell Douglas where she met her life partner Pat Antle. Her job transitioned to American Airlines and Sandy retired in 2009 with over 30 years of combined service. In addition to basketball, Sandy enjoyed competitive sports and played league softball for many years. She was an avid fan and season ticket holder for the Tulsa Shock women’s professional basketball team. In addition to attending sporting events, she enjoyed watching women’s basketball on TV. Most of all, Sandy loved her family and supported the many activities of her grandchildren. She became granddaughter Brandy’s cheer squad mom, driving them all over town for games and practices. Sandy found she needed a mini van to get all of the girls from place to place and always made sure to have snacks and drinks prepared for them. Her Sunday dinners were a natural opportunity for everyone to come together and enjoy each other’s company. Sandy was always busy taking care of her home and working outside. In later years the animal lover not only cared for her own dogs but looked out for and fee the many neighborhood cats. Everyone loved Sandy who was everyone’s friend - her memory will live on in all of the hearts she touched. Sandy is survived by her life partner Pat Antle; daughter Ronda Councilman and Marc; three grandchildren, Brandy Lee Jones and Jared, Timothy James Guetlein and Aubrey, and Cidney Alexandra Norris; seven greatgrandchildren, Aubrie, Brooklyn, Dallas, Jack, Piper, Lucy and Damien; one brother Ed McKinder; and special cousin Rose and Robert Roller. She is preceded in death by her mother, adoptive parents Ira and Pauline McKinder, and two sisters, Betty Redford and Judy Richardson. Visitation will be held on Sunday, December 29, from 12-5 and Monday, December 30, 9-1 at the Davis Family Funeral Home – Walker Brown Chapel, 918-333-7665, 4201 Nowata Rd, Bartlesville. Funeral services will be held 2 p.m. on Monday, December 30, at the Davis Family Funeral Home – Walker Brown Chapel, with Chaplin Jsue Wagoner officiating. Services are under the direction of Carter Davis and the Davis Family Funeral Home – Walker Brown Chapel. Online condolences and remembrances may be shared at www.DavisFamilyFuneralHome.com.

Cassandra &#8220;Sandy&#8221; Morrison, 75, of Bartlesville, died Sunday in Bartlesville. Cassandra, or Sandy as she was known, was born the daughter of Mable Lucille Reeder on July 11, 1944, in Tulsa, OK. She was raised on the family oil lease... View Obituary & Service Information

The family of Cassandra "Sandy" Lee Morrison created this Life Tributes page to make it easy to share your memories.