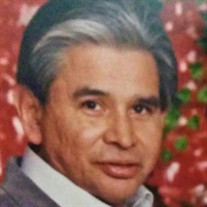 Charles Austin Sunday, longtime Dewey resident was a Cherokee who was a proud U.S. Army veteran and Green Beret. He was 81 when he died Wednesday in Bartlesville. Charles was born the son of Jimmie and Mary (Scruggins) Sunday in Claremore on February 1, 1941. He was one of five siblings. Once he finished high school in Borger, Texas, Charles rejoined his parents who had moved to Bartlesville. Not long after, young Charles enlisted in the U.S. Army, joining its elite Special Forces as a Green Beret. He volunteered for the Tiger Force reconnaissance unit and served in Vietnam, alongside his expanded brotherhood of soldiers. One day while he was waxing his car parked at his parents’ home, he met the love of his life Tommy June Piltz who was out and about with friends. She caught Charles off guard with one of her off-the-wall remarks and once he regained his composure, she asked him out on a date. Since that first meeting, Charles and Tommy were inseparable, enjoying 47 years of loving marriage. They made their home in Dewey where they raised their sons. Tommy preceded him in death just over a year ago. Growing up, Charles had always shown a natural knack for boxing and became a Golden Glove champion. He went on to coach boxing at the Green Country Boxing Club where they were members - Tommy loved being with the kids and judging their matches. Charles also coached at the Boys and Girls Club. Charles and Tommy enjoyed camping, taking their camper and boat to Copan Lake and Bears Den in Grove. They both loved the Lord and were longtime members of the New Life Pentecostal Church. Charles is survived by his son Tony Sunday of Dewey; three grandchildren; in-laws; nieces and nephews; and a host of other family and friends. He is preceded in death by his beloved Tommy and his four siblings: Bill, James, Harold Dean and Lauretha. Visitation will be held on Monday, from 10-8 p.m., and Tuesday, 9-12, at the Davis Family Funeral Home – Dewey Chapel, 918-534-3030, 113 S. Osage (Hwy. 75), Dewey. Funeral services will be held 2 p.m. Tuesday, at the Davis Family Funeral Home - Dewey Chapel, with Rev. Connie McCray officiating. Interment will follow in the Dewey Cemetery. Services are under the direction of Carter Davis and the Davis Family Funeral Home – Dewey Chapel. Online condolences and remembrances may be shared at www.DavisFamilyFuneralHome.com.

Charles Austin Sunday, longtime Dewey resident was a Cherokee who was a proud U.S. Army veteran and Green Beret. He was 81 when he died Wednesday in Bartlesville. Charles was born the son of Jimmie and Mary (Scruggins) Sunday in Claremore on... View Obituary & Service Information

The family of Charles Austin Sunday created this Life Tributes page to make it easy to share your memories.

Send flowers to the Sunday family.