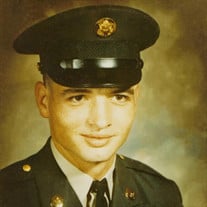 Chester Samuel Scharnhorst, better known as Sam, 71, of Bartlesville, passed away Wednesday, May 19, 2021, at home surrounded by his loving family. Sam was born on September 11, 1949 in Pawhuska to Richard Marion Scharnhorst and Essie Marie (Jones) Mason. Sam lived in Pawhuska for a short while as a child before moving to Ponca City. After graduating from Ponca City High School in 1967, he enlisted in the United States Army where he was stationed in Vietnam. He served for three years and was a Bronze Star Medal recipient during his time in Dak To in 1969. When he exited the military, he left as an E-5 Sergeant. After returning home, Sam had attended college for a short while on a G.I. Bill before pursuing his true passion in being a professional pool player. He traveled all around the Midwest and towards the East Coast playing pool in a multitude of games and tournaments with his best friend Jim. The two of them together were known as ‘ghosts,’ as no one wanted to play against them because they were so good. When his daughter Samantha was born, she began traveling with them to tournaments before she was old enough to start school. This was just the beginning of their strong father/daughter bond. Everyone knew how much they meant to each other. Some say that Samantha gets her stubbornness from her dad, but others know that Sam just taught “little Sam” to fight for herself and persevere. Sam also worked as a mail carrier with the U.S. Postal Service before retiring in 2002. In 2007, he would move from Tulsa to Bartlesville to live with Samantha and her family. He still enjoyed playing pool during his retirement, but also enjoyed spending time with his grandchildren as they grew up. He loved spoiling them and taking them to Sonic for an after-school snack. Sam was also an avid OU and NFL football fan. When Sam was not playing pool or enjoying his grandkids, you could bet he was watching a game on TV. Sam is survived by his daughter, Samantha Jean Gomez and husband Julian of Bartlesville; five grandchildren, Corey and wife Kristina of Dewey, Zachariah of Bartlesville, Joey of Stillwater, Miranda of Bartlesville, and Marissa of Bartlesville; two great-grandchildren, Grace and Kian; sister, Marion Jean Brien; and brother, Richard Owen Scharnhorst; his best friend, Jim McDermott and wife Laura of Tulsa; as well as many nieces, nephews, and cousins. He is preceded in death by his parents and two brothers, Floyd Earl “Bunch” Scharnhorst and Charles Orville “Sarge” Scharnhorst. Memorial services will be held at 2 p.m. on Wednesday, May 26, at the Davis Family Funeral Home – Dewey Chapel. Services are under the direction of Carter Davis and the Davis Family Funeral Home – Dewey Chapel. Online condolences and remembrances may be shared at www.DavisFamilyFuneralHome.com.

Chester Samuel Scharnhorst, better known as Sam, 71, of Bartlesville, passed away Wednesday, May 19, 2021, at home surrounded by his loving family. Sam was born on September 11, 1949 in Pawhuska to Richard Marion Scharnhorst and Essie Marie... View Obituary & Service Information

The family of Chester "Sam" Scharnhorst created this Life Tributes page to make it easy to share your memories.

Send flowers to the Scharnhorst family.