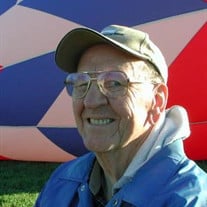 Don Coy Christensen, 86, danced into the sunset on October 10 at McAllen Medical Hospital after a short illness. Don was born in Richfield, Utah, the fifth of six children of Henry Ludvig and Louise Isabella (Mortensen) Christensen. He grew up and went to school in Richfield, UT, where he graduated Salutatorian of his class in 1947. He received his BS degree in Chemical Engineering from the University of Utah in 1951 graduating with honors and was awarded membership in the honorary academic engineering fraternity, Tau Beta Pi. In 1953 he received his Masters Degree in Chemical Engineering graduating Summa Cum Laude, and was awarded membership in the honorary academic fraternity, Phi Kappa Phi. He worked in the Research and Development Department of Phillips Petroleum Company in Bartlesville, OK, until he was drafted into the Army in September 1954. Completing boot camp at Ft. Ord, CA., he returned to Bartlesville and married Katherine Marie York in the Presbyterian Church on December 11, 1954. They spent their honeymoon on the way to his assignment at the Army Chemical Corps in Edgewood, MD. He transferred to Rocky Mountain Arsenal near Denver, CO, where he was discharged June 22, 1956. He was employed by B. F. Goodrich as a Chemical Engineer. 1956-60, in their Avon Lake, Ohio, PVC plant. He returned to Bartlesville to work for Phillips Petroleum Company in the Research and Development Department. He was promoted to Section Manager of the Extrusion Group in 1965 and was instrumental in developing K-Resin and Ryton PPS Resin Processes. He was a manager in the Composite Development Program until June 1986, when he took early retirement. Don took great joy in working with his son and other boys in the Boy Scouts of America in several capacities including Cub Master, Scout Master of troop No. 111 at East Cross United Methodist church and was a board member for the troop. He led two expeditions to Philmont High Adventure Camp at Cimarron, NM, with his son in 1979 and 1980. He saw his son receive the highest award in scouting, the Eagle Scout rank, in August of 1980. He was instrumental in helping five other boys attain their Eagle Scout rank. After retirement from Phillips Don moved to Dublin, CA, where he worked for Hexcel Aerospace Corporation. He was involved in the development of thermoplastic and thermoset composites. His wife and youngest daughter, Marie, accompanied him to Dublin. His son, Coy, joined him later after graduating from Oklahoma State University in Electrical Engineering. During this time Don had the honor of seeing Marie graduate from California State University with a Bachelor of Arts in Chemistry. He retired in June 1993 and returned to Bartlesville. He was a member of Downtown Kiwanis prior to his move to California in 1986. He became a member of East Side Kiwanis on his return to Bartlesville in 1993. He served in several capacities including vice-president in 1995-96 and president for the year 1996-97. He was a member of American Institute of Chemical Engineers and the Society of Plastics Engineers. He was a member of 55+ Adult Activity Center in Bartlesville serving as Saturday night disc jockey for dances and enjoyed the dinners and pool competition. He also enjoyed potluck dinners and dancing with friends at the Senior Center at the American Legion Building in Nowata. Don was drawn to the Rio Grande Valley in Texas by the warm weather and the vast array of music. He started wintering there with his wife in 2000 and moved to Alamo, TX, in 2006. Don enjoyed square dancing,round dancing, ballroom dancing, gardening, computer club and card games with his many good friends. Left to cherish his memory are his loving wife of 60 years and 10months; one son, Coy (Kiki) Chanders, of Lafayette, CO; three daughters, Edie (Galen) Dudley of Bartlesville, OK, Eileen Fae (Mark) Perrin of Charlotte, NC, Dr. Marie Christensen (Robert Gualtieri) of Orlando, Florida; eleven grandchildren: Chris (Stacy) Butcher, Steve (Shelby) Dudley, Sandra (Dustin) McDaniel, Randi (Josh) Guthier and Troy Dudley all of Oklahoma, Geoffrey Perrin of Charlotte, NC, Jasey and Tegan Chanders of Lafayette, CO; Savanna, Ross (Katie) and Joey Gualtieri of Orlando, FL; and three great grandchildren: Lily and Daisy McDaniel of Edmond, OK and Giovanni Gualtieri of Orlando, Florida. Don was preceded in death by his father, mother, three brothers and two sisters. Visitation will be at Walker-Brown Funeral Home, 4201 E Nowata Rd, Bartlesville on Thursday evening, October 15 and until the service at 1 PM Friday, October 16. Military rites will be conducted by American Legion Post #105 Honor Guard. Interment will follow at a later time at Memorial Park Cemetery.

Don Coy Christensen, 86, danced into the sunset on October 10 at McAllen Medical Hospital after a short illness. Don was born in Richfield, Utah, the fifth of six children of Henry Ludvig and Louise Isabella (Mortensen) Christensen. He grew... View Obituary & Service Information

The family of Don Christensen created this Life Tributes page to make it easy to share your memories.

Don Coy Christensen, 86, danced into the sunset on October 10...

Send flowers to the Christensen family.