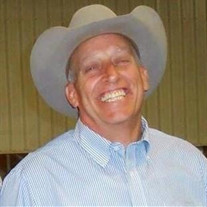 Douglas Coleman, 63, died Sunday in Dewey. The longtime Dewey resident and Marine will be missed by his wife, extended family, and friends including his beloved horses. Doug was born the son of Billy Lee and Patricia Ann (Hassett) Coleman on March 25, 1956, in Fairbanks, Alaska. At a young age his uncle Denny brought him to Tonganoxie, Kansas, and raised him in his home. Young Doug developed his lifelong love for horses and learned many things from Denny in the farrier and horse training world. During his schooling Doug loved sports, playing football and track and field, and he still holds the Tonganoxie High School record for the highest pole vault. Doug graduated from Tonganoxie High School in 1974 and joined the U.S. Marine Corp serving in Oahu, Hawaii. Once honorably discharged Doug settled in Ulysses, Kansas, and worked with Uncle Denny as a farrier and trainer. In 1989 Doug relocated to Wichita, Kansas, which was a more central location for his farrier service, expertly caring for horses’ hoofs with a special combination of blacksmith and veterinary know-how. In 1995 Doug made the move to Dewey, to be closer to Marcy and his Oklahoma clients. In 2002 while in Las Vegas to attend a friend’s wedding, Doug and Marcy spontaneously decided to tie their own love knot, just hours before their friend’s wedding. Doug’s passion in life was horses. He halter broke and trained show horses in various disciplines including English and Western Pleasure at his home in Dewey. He attended horse shows nearly every week of the year including the best shows which included the American Quarter Horse Congress in Ohio, Quarter Horse World Championship in Oklahoma City, and Futurities in Iowa and Texas. In his younger days Doug was known for his barefoot water-skiing and taking the boat to the lake with the kids and friends. In later years Doug enjoyed spending time with his family and grandchildren, oftentimes at their basketball games and other sporting activities. Together Doug and Marcy attended many shows together and took memorable trips to his favorite destination - Key West, Florida. Doug is survived by his loving wife Marcy of the home; children Amyel Gaines and Torance of Wichita, and Spencer Magana and Julie of Owasso; siblings Cathy Starcher and Jim of Tonganoxie, KS, Debbie Alexander and Bob of Tonganoxie, David Coleman and Darla of Burns, KS, and Kelli Brewer and John of Rogers, AR; cousins Kimmie Hassett-Brumley and John of Colorado, and Dee Dee Hassett of Colorado, as well as grandchildren Keyden Gaines and (arriving soon) Baby Magana. Funeral services will be held 10 a.m. on Saturday, April 6, at the Davis Family Funeral Home – Walker Brown Chapel, with Rev. Phylis Mott officiating. Services are under the direction of Carter Davis and the Davis Family Funeral Home – Walker Brown Chapel. Online condolences and remembrances may be shared at www.DavisFamilyFuneralHome.com.

Douglas Coleman, 63, died Sunday in Dewey. The longtime Dewey resident and Marine will be missed by his wife, extended family, and friends including his beloved horses. Doug was born the son of Billy Lee and Patricia Ann (Hassett) Coleman... View Obituary & Service Information

The family of Douglas "Doug" Lee Coleman created this Life Tributes page to make it easy to share your memories.

Send flowers to the Coleman family.