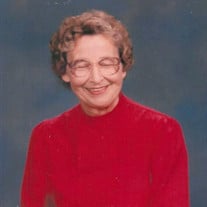 Mom was born in Eastleigh, England, on August 20, 1928. She attended an all-girl primary school that taught scripture the first hour of every school day. Hit by a truck at age 8, she observed herself from above as she was taken into the house. This event made her realize there was more to look forward to than just this life. She always had empathy for old and poor people. With her friend Beryl they would pick bluebells and take them around to the local shut-ins. She has faithfully given to several charities of the poor every month for over 30 years. Mom loved to dance as a teenager and knew all the popular dances. She looked forward to the community hall dances on weekends. In May of 1945 she met my dad, Jack I. Tibbits, an American sailor staying at her aunt’s inn. At first, Mom was not impressed, but his charm won her heart along with great kisses. After two weeks Dad headed back to the States and they would not meet again until November ’46. While separated, the pair constantly wrote to each other. After about a year, they would get married by proxy in June ’46. Mom and Dad met in New York City and stayed overnight at the Waldorf Astoria. They headed west by train to Enid, OK. It was a culture shock for Mom who had just turned 18. The next 7 years she followed dad into the oilfields of southern Oklahoma. Living in 40 different places, giving birth to my brother and me, Mom became a person of true grit and compassion, no longer a naïve teenager. In 1965, family moved to San Leandro, CA. Mom and Dad had prospered after years of struggling to make a living in Oklahoma. Mom loved the weather, it reminded her of England. My brother’s daughters Karen and Michelle would come over on weekends and holidays to be with Nanny and Grandpa. Nanny loved to teach them how to cook. When they were 10 and 12, they cooked an entire Thanksgiving dinner from scratch for 8 people. Nanny was delighted. Mom had several careers over her work life from retail clerk to corporate manager of loan processing, a job that forced her into disability retirement at age 59. In the late ‘90s, Mom’s great granddaughter Cassandra would spend summers with Nanny and Grandpa in Enid. Mom and Cassandra would play all kind of board games and they would go to the mall for a girls’ day out. Mom also became acquainted with Mary, her granddaughter from my brother’s third marriage. In 2001, Dad died of lung cancer. Mom kept busy, putting the house up for sale. She moved in with me in December 2003. The next year we moved to Bartlesville as I took a job at Jane Phillips Medical Center. Mom and I had a lifelong closeness - we were each other’s cheerleaders. She had a great love of her family: my adopted sister Sharon (Karen and Michelle’s mom), Karen and husband Robbie, her two boys Nicholas and Connor, grandson Sean and his daughters Samantha and Sara. Mom, you forever will be missed, especially by me, your daughter Marsha. Service date and time will be announced at a later date. Arrangements are under the direction of Carter Davis and the Davis Family Funeral Home & Crematory – Walker Brown Chapel.

Mom was born in Eastleigh, England, on August 20, 1928. She attended an all-girl primary school that taught scripture the first hour of every school day. Hit by a truck at age 8, she observed herself from above as she was taken into the house.... View Obituary & Service Information

The family of Evelyn Isabel Tibbits created this Life Tributes page to make it easy to share your memories.

Send flowers to the Tibbits family.