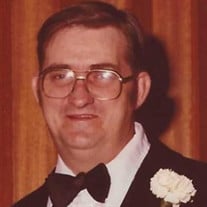 Everett Lee Straley, 84, of Bartlesville, passed away Wednesday, May 19, 2021 in Bartlesville. Everett was born to parents George and Hazel Gail (Liston) Straley on March 26, 1937 at the Bartlesville Memorial Hospital. From a young age Everett knew what it meant to put in honest, hard work. As a child he would collect and wash glass soda bottles to recycle and sell newspapers in downtown Bartlesville. With his money that he earned, he would hop on a train in Bartlesville and make his way to Dewey to catch a movie on the weekends. As a teenager, he worked as a pinsetter at the Phillips Bowling Alley and as a caddy at the Hillcrest Golf Course. Later, Everett entered the U.S. Army Reserves, where he primarily served as a cook. It was there that he found his love for cooking, which would later serve as a huge passion in his life. In 1958, he would meet Faye Louise Voris at her family’s ranch, where Everett was serving as a ranch hand. From there it was love at first sight and Everett and Faye would be married on May 15, 1959 in Nowata. They made Bartlesville their home and raised their three children: Glinda, Linda, and Everett Jr. Everett worked in various restaurants around town as a line cook, most notably being the Tuxedo Café, where he was known for having his own recipe for dinner rolls and cinnamon rolls. He enjoyed bowling and taught Faye how to bowl and would often play in bowling leagues together. He was a devoted husband and father, as well as a loving grandfather. Everett is survived by his loving wife, Fay Louise Straley of the home; three children, Glinda Marsheck and husband Ken, Linda Straley and significant other David, and Everett Straley, Jr.; seven grandchildren, Adam Marsheck, Zachary Marsheck, Anthony Davis, Anglea Blakeslee, Ann Davis, Justin Straley, and Jacob Straley; nine great-grandchildren, Jacey, Zander, Aiden, Noah, Naomi, Charlotte, Cali, Rose, and Shiloh; as well as numerous nieces, nephews, and cousins. He is preceded in death by his parents. No formal services are planned. Arrangements are under the direction of Carter Davis and the Davis Family Funeral Home. Online condolences and remembrances may be shared at www.DavisFamilyFuneralHome.com.

Everett Lee Straley, 84, of Bartlesville, passed away Wednesday, May 19, 2021 in Bartlesville. Everett was born to parents George and Hazel Gail (Liston) Straley on March 26, 1937 at the Bartlesville Memorial Hospital. From a young age Everett... View Obituary & Service Information

The family of Everett Lee Straley Sr. created this Life Tributes page to make it easy to share your memories.

Send flowers to the Straley family.