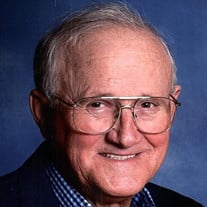 Garry Dee Snow, Sr., 80, of Dewey, passed away peacefully at The Journey Home on Friday, June 25, 2021, with family by his side. He was born on February 16, 1941, to Henry Bushyhead and Orilla (Shelton) Snow in Dewey, Oklahoma. He attended Dewey Public Schools and graduated in 1960. After graduating, Garry joined the United States Navy Reserves. Even though he did not serve actively he was proud to be a veteran. He met and married the love of his life Linda (Teel) on November 15, 1963. Together they had two children, Marilyn Christine Strate and Garry Dee Snow, Jr. At an early age, he began work in the floral industry working for Tom Ward in Bartlesville before opening his own flower shop in Nowata, which he owned and operated for 31 years. After closing his flower shop, he worked a few different jobs. Before retiring, he worked at Bluestem Cardiology helping patients get their medications at reduced rates. He loved that this position allowed him to help others. Garry was a member of the Dewey United Methodist Church, Bartlesville Eagles, Kiwanis Club & Men’s Club in Nowata. He played Santa for several years at the Nowata nursing homes. Garry absolutely loved being involved in his family’s lives, from playing cards, games, and watching the kids and grandkids in their sports. He was the proudest dad and grandpa. He was the happiest when he was around family. He loved traveling. With one mention of a trip, his bags were packed, and he was like a little kid impatiently ready to go. He was very active and went full speed ahead until his stroke in February of 2019. He loved fishing and playing BINGO! Garry is survived by his loving wife, Linda (Teel) Snow; two children, Marilyn Christine and husband Tommy Strate of Dewey, Garry Dee Snow, Jr. and wife Heather of Bartlesville; five grandchildren, Rachel (Strate) Luellen & husband Tyler of Collinsville, Clint Strate of Dewey, Casey Strate & wife Sonia of Fayetteville, Arkansas, Zach Snow of Bartlesville, Jake Snow of Bartlesville; two great-grandchildren, Atticus Lee Strate of Dewey and Harper Luellen of Collinsville; mother-in-law, Gladys Teel of Bartlesville; sisters-in-law, Karen Snow of Afton and Rita Cunningham and husband Carl of Grove; brother-in-law, David Sisk of Bartlesville; and numerous nieces and nephews. He was preceded in death by his parents; eight brothers, Henry (Jr), Eldon, Frank, Calvin, Vernon, Gene, Tom, and Larry (Garry’s twin); and six sisters, Josephine Lowrey, Sue Seals, Pat Warehime, Betty Foster, Linda Sisk and Marcia Hutchison; four infant siblings; as well as several nieces and nephews. Garry’s family will receive friends at the Davis Family Funeral Home – Dewey Chapel, 918-534-3030, 113 S. Osage (Hwy. 75), Dewey, on Tuesday, June 29, 2021, from 6-8 p.m. Visitation will also be held on Tuesday from 10-8. In lieu of flowers memorials may be made to The Journey Home, 900 NE Washington Blvd., Bartlesville, OK 74006. Funeral services will be held 2 p.m. on Wednesday, June 30, 2021, at the Dewey United Methodist Church with a graveside service following in the Dewey Cemetery. Services are under the direction of Carter Davis and the Davis Family Funeral Home – Dewey Chapel. Online condolences and remembrances may be shared at www.DavisFamilyFuneralHome.com.

Garry Dee Snow, Sr., 80, of Dewey, passed away peacefully at The Journey Home on Friday, June 25, 2021, with family by his side. He was born on February 16, 1941, to Henry Bushyhead and Orilla (Shelton) Snow in Dewey, Oklahoma. He attended... View Obituary & Service Information

The family of Garry Dee Snow created this Life Tributes page to make it easy to share your memories.

Send flowers to the Snow family.