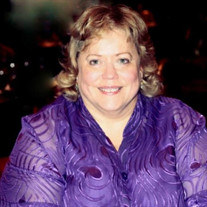 Jean Carol Cathcart, 62, of Dewey, OK, died Tuesday, May 11, 2021. Jean was born June 20, 1958 in Oklahoma City, OK to Levi (L. T.) Cathcart and Margaret (Peggy Hughes) Cathcart. She graduated from Independence High School in 1976. She decided to continue her education at Pittsburg State University and then transferred to Kansas State University. She earned her Bachelor’s Degree in Mechanical Engineering in 1983 from KSU. After several years her need for learning led her back to school at Pittsburg State University where she earned her MBA in 1993. She continued her education at Texas Tech University and earned a Master’s Degree in Transdisciplinary (Systems) Engineering 2002. Jean started her engineering career as a thermal analyst with Martin Marietta in the Denver, CO area in 1983. After her first break for additional education, she continued her career as a Systems Engineer for Texas Instruments and Raytheon in the Dallas, TX area. She then worked as a Systems Engineer for ITT (Exelis) in Roanoke, VA, focused on thermal and night vision equipment. She retired from Exelis in 2012 and moved to Charlotte, NC. Her love of her home state brought her back to Dewey, OK in 2020. She was a member of the Society of Women Engineers, American Society of Mechanical Engineers, and several other organizations through her career. She was an advocate for women in engineering and technology and would go to great lengths to help other women be successful in their careers. She also participated in STEM outreach showing young people (especially girls) what opportunities were available to them with education. Her influence continues today through the people she encouraged and supported through her life. Jean received several awards through work, SWE, ASME, and different communities recognizing her contributions and service. She was recognized as an Outstanding SWE member, Martin Marietta Gold award for contributions to several projects, and Texas Instruments for exceptional technical contributions. She was also recognized by the U.S. Army for her dedication to night vision equipment and training. During her retirement Jean became an avid Tavern Poker player and supporter. She enjoyed playing each week and competing in tournaments throughout the country. She earned several local championships and continued to play through the virtual tournaments when travel was not available. She also enjoyed playing Mah Jong and trivia with her groups. She also loved knitting and crocheting projects. Jean was preceded in death by her parents, Peggy and L.T. Cathcart and her oldest brother Thomas (Tommy). She is survived by her siblings, Anita Havener, La Valle, WI, Gwen Parrett (Mike), Independence, KS, Jim Cathcart (Pam), Littleton, CO, Pat Foulk (John), La Valle, WI, Christine Cathcart (Christopher), Charlotte, NC, and Greta Gilstrap (Mike), Independence, KS; 12 nieces and nephews, 15 great-nieces and nephews, and 2 great-great-nieces and nephews. A Rosary will be said on Thursday, May 20 at 6 p.m. in the Davis Family Funeral Home – Dewey Chapel. Funeral mass will be held Friday, May 21 at 10 a.m. at St. Andrew Catholic Church, Independence, KS. Interment will follow in the Harmony Cemetery. Services are under the direction of Carter Davis and the Davis Family Funeral Home – Dewey Chapel. Online condolences and remembrances may be shared with Jean’s family at www.DavisFamilyFuneralHome.com.

The family of Jean Carol Cathcart created this Life Tributes page to make it easy to share your memories.

Send flowers to the Cathcart family.