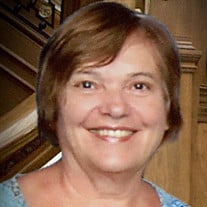 After a four-month illness, Jeanne Annette Harper Zeman passed peacefully in her home surrounded by family on June 15, 2018. Jeanne was born in Oklahoma City on October 27, 1942 to Ernest and Evelyn Harper. In 1948 her family moved to Bartlesville, OK, where she resided for almost sixty years. Jeanne graduated from Bartlesville College High School in 1960 and swam competitively with the Philips 66 Splash Club. She was a cheerleader at Tulsa University and went on to earn her BS in Medical Technology from Oklahoma University in 1964. She worked in her field for several years at Jane Phillips Hospital. Jeanne pioneered the Lamaze Natural Childbirth method in Bartlesville in the 1960’s. She earned her BS in Theology from Oklahoma Wesleyan University in 1982 and later founded and led Life Changers Prison Ministry for 15 years in northeastern OK. Over the years, Jeanne enjoyed participating in many Bible studies, prayer groups, Stephen Ministry, Christian conferences, and numerous mission trips. In 2005, Jeanne and her husband moved to Durango, CO. She loved the mountains and the autumn foliage. Her weekly Heart-to-Heart Women’s Group was a must, and she led the annual National Day of Prayer around the courthouse flagpole several years. She assisted her daughter Cheryl in rescuing and fostering homeless dogs in Durango. Moving to Norman in 2015, she continued as a board member of Asian Health Services Exchange, a Christian charity aiding orphans and disabled children in China. Jeanne was also active in Ember, a prayer and worship center, and Antioch Community Church, both in Norman. Jeanne married Joe Zeman in 1965 and had two children: Cheryl Zeman Egebrecht of Bayfield, CO and Carrie Zeman Gilkey of Norman. Jeanne is survived by Joe, her husband of 52 years, her two daughters, granddaughter Nicole Gilkey, and her identical twin sister Joanne Davis and niece Debra Scott of Nacogdoches, TX. Jeanne joyfully shared her Christian faith. She touched many lives wherever she was, and she will be dearly missed. In lieu of flowers, contributions may be made to: Asian Health Services Exchange, P.O. Box 702194, Tulsa, OK 74170-2194 or to Ember, P.O. Box 1631, Norman, OK 73070. A memorial service for Jeanne will be held at 10:00 AM on Saturday, June 23, at Grace Community Church, 1500 SE King Drive in Bartlesville. Services are under the direction of Carter Davis and the Davis Family Funeral Home – Walker Brown Chapel. Online condolences and remembrances may be shared at www.DavisFamilyFuneralHome.com.

After a four-month illness, Jeanne Annette Harper Zeman passed peacefully in her home surrounded by family on June 15, 2018. Jeanne was born in Oklahoma City on October 27, 1942 to Ernest and Evelyn Harper. In 1948 her family moved to Bartlesville,... View Obituary & Service Information

The family of Jeanne Zeman created this Life Tributes page to make it easy to share your memories.

Send flowers to the Zeman family.