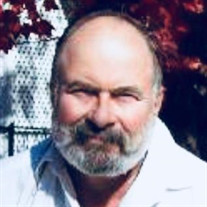 James Earl Larmore Jr, known as Jim, age 68 died peacefully surrounded by his family, and loved ones at St John Medical Center in Tulsa, Oklahoma, on Tuesday, August 21, 2018. He was born on December 25, 1949, in Garden City, Kansas to James Earl Larmore Sr, and Doris Ellen (Riff) Larmore. Jim attended Ozark Adventist Academy in Gentry, Arkansas, and graduated from Nowata High School in 1968. Jim earned a bachelor's degree in Biology with a Certificate of Teaching Trade, and Industrial Education from Oklahoma State University. He served in the Army as Sergeant, and Squad Leader for the 1st Air Cavalry, 5th Battalion, 7th Infantry Regiment, for the Vietnam War, from 1970-1971. He served as a police officer in Cleburne, Texas. For many years he taught welding at Tri-County Technical School in Bartlesville, Oklahoma. Jim was preceded in death by his parents James, and Doris, and wife Susan Lynnette (Symonds). Jim is survived by his beloved wife Tammy (Tee) of 19 years, sister Anne Adams and Mother in Law Helen Shaffer. Left to honor Jim, and remember his love are his children, Julee (Joshua) Amack, Jennifer (Greg) Palmer, Scott (Dawn) Larmore, Shauna Larmore, Michael (Maelynn) Dean, Raeanna (Megan) Dean. Twelve grand-children: Thomas Nave, Katelynd Nave, Matthew Larmore, William Lookout, Lilyanna Lookout, Jolee Lookout, Ethan Palmer, Emily Palmer, Camron Dean, Trinity Shramko, Troy Shramko, Ryder Dean. Two great grand-children: Pyper Tresnor, Kihekah Barnett. Sister n law and Brother in Law Sherry and David Jones, Nephews DJ and Alex Jones. Jim will be remembered for his wonderful ability to encourage talent in his students, his amazing sermons given on God’s love, and for his intellectual debates that would encompass any subject. He loved his family, and friends, to be out in nature, to see the things he had planted in his garden growing every year. He had a soft spot for animals, and had dogs that he rescued that would sit on his shoulder like a parrot trying to be as close to him as possible. When he loved someone, he loved with his whole heart. He was a wonderful husband, father, grandfather, uncle, cousin, teacher and friend. Jim’s family will receive friends at the Davis Family Funeral Home – Walker Brown Chapel, 918-333-7665, 4201 Nowata Rd, Bartlesville, on Sunday, August 26, from 3-5 p.m. Visitation will also be held Sunday from 12pm to 5pm. Funeral services will be held 10a.m. on Monday, August 27, at the Davis Family Funeral Home – Walker Brown Chapel. Interment will follow in the Oglesby Cemetery. Services are under the direction of Carter Davis and the Davis Family Funeral Home – Walker Brown Chapel. Online condolences and remembrances may be shared at www.DavisFamilyFuneralHome.com.

James Earl Larmore Jr, known as Jim, age 68 died peacefully surrounded by his family, and loved ones at St John Medical Center in Tulsa, Oklahoma, on Tuesday, August 21, 2018. He was born on December 25, 1949, in Garden City, Kansas to James... View Obituary & Service Information

The family of Jim Larmore Jr. created this Life Tributes page to make it easy to share your memories.