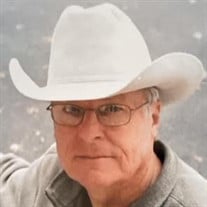 Joe B. Preston, 83, passed from this life to be with his Lord on June 2, 2021. He was surrounded at home by his loving family at the time of his passing. Joe was born in Bartlesville, Oklahoma on March 25, 1938, the youngest son of Gerald R. Preston, Sr., and Blanche (Bates) Preston. He was married to the love of his life, Rosetta (Snow) Preston, for 61 years. One summer, while on leave from ranch work in Throckmorton, Texas, Joe returned to Bartlesville where he and Rosetta started dating. They were married on August 20th, 1959. Joe graduated from College High School in 1956 then attended Westminster College in Fulton, Missouri, and Oklahoma State University before beginning a career with Cities Service Oil and Gas Co. After working for more than 30 years in the Tax Department he retired in 1996. During the 20 years Joe and Rosetta lived in Houston, Joe served as a Vice Chair for the Houston Livestock Show and Rodeo where he volunteered countless hours on the bar-b-que committee. After Joe retired, he and Rosetta spent summers at their cabin in Canada where he pursued his love of fly fishing. Joe was an avid sportsman and angler, developing the artful skill of expertly tying his own flies. In 2003 Joe and Rosetta returned to Bartlesville where he would live the remainder of his years. Joe made many friends from all walks of life and was respected by everyone he met. He was a friend to all, a renowned joke and storyteller, and a devoted, some might say irrational fan, of the Oklahoma State Cowboys. Joe was preceded in death by his parents, his brother Thomas and wife Ann, and his brother Gerald and wife Mickie. He is survived by his wife and two daughters, Leslie Preston of Fort Worth, Texas and Lisa Preston Klein and husband Mike of Klein, Texas. He is also survived by six grandchildren, Lauren Steward her husband David of Averill Park, New York; Preston Rooker, his fiancée Bianca Caponetto of Kansas City, Missouri; Garrett Rooker of Kansas City, Missouri; Katie Murphy and husband Ross, Paige Janes and husband Dakota, and Michael Klein, Jr., all of Klein, Texas, as well as seven great-grandchildren. In lieu of flowers, the family requests that donations be made to Parkinson’s Foundation or Rivercross Hospice, Bartlesville, Ok. Services will be held on Monday, June 14th, 2021 at 2 p.m., at the Davis Family Funeral Home & Crematory – Walker Brown Chapel. Services are under the direction of Carter Davis and the Davis Family Funeral Home & Crematory – Walker Brown Chapel. Online condolences and remembrances may be shared at www.DavisFamilyFuneralHome.com.

Joe B. Preston, 83, passed from this life to be with his Lord on June 2, 2021. He was surrounded at home by his loving family at the time of his passing. Joe was born in Bartlesville, Oklahoma on March 25, 1938, the youngest son of Gerald... View Obituary & Service Information

The family of Joe Begley Preston created this Life Tributes page to make it easy to share your memories.

Send flowers to the Preston family.