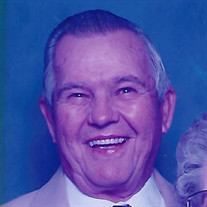 John Dennis & Roma Lee Howard, lifelong area residents, died this past week after 76 years of loving marriage. Roma Lee, 92, preceded him on Sunday, Jan. 26, and John, 96, was reunited with his bride in death on Saturday, Feb. 1, 2020. They leave behind a shared legacy of love for their children and their children’s children. John Howard was born Delaware Indian, the son of Truman H. and Geneva B. (Parker) Howard on February 19, 1923, in Bartlesville. The family moved to Copan where he was raised graduating from Copan high school in 1940. He attended Oklahoma State University and shortly after, entered the U.S. Air Force which stationed him far away in the North Pacific and Alaska. Roma Lee was born the daughter of Everett and Ruth (Ramey) Warden on August 31, 1927, at home in Wann, OK. She received her early education at the Antioch School near Wann before finishing her formal education at Wann Schools. Roma Lee grew up on the family farm with her two sisters. She helped her father on the farm and remembered fondly that at a young age she drove the horses to the blacksmith for new shoes all by herself. On December 27, 1943, John married Roma Lee Warden while he was home on leave. Once he returned, they made their home in Copan and started their own farm, raising four children they dearly loved. During their growing up years, both John and Roma Lee were active in the kids’ many activities and supported their varied interests. John volunteered to coach baseball for the kids and supported them win, lose or rainout. Once the kids were older, Roma went to work for Copan Schools as a bus driver for several years before taking a job in the school cafeteria, finally retiring after 32 years of faithful service. Roma Lee dearly loved the many children she saw daily and her many friends at the school. John was a faithful husband and good provider, and worked numerous jobs such as the oilfield, a machinist for National Zinc, and being a cattleman. John was a hard-working man and continued to be in his later years. He even preferred to custom bale his own hay which he actually enjoyed very much. If John wasn’t working hard you could find him outside enjoying nature or going up to the Feed Store where the girls called him Mr. Wonderful because of his wonderful smile. Roma Lee and John were usually together and enjoyed traveling around locally and to Branson, MO, to enjoy country western music shows. They enjoyed each other’s company and liked to play cards and visit with friends. Roma Lee also enjoyed crocheting and giving away afghans and doilies, sewing, gardening, particularly her beautiful rose bushes. She was a member of the Bartlesville Indian Women’s Club for many years. Roma Lee expressed her love through the food and gifts she made with her own two hands. She was always taking care of everyone’s needs, making sure to have something to eat no matter the time of day, and hosting Sunday dinner every week at her home for family and friends. John and Roma Lee’s love for each other sustained them through raising four children and countless cattle, pampering 10 grandchildren, befriending coworkers and strangers, and ultimately, leaving this earth better than they found it. They will be dearly missed. They are survived by their children, John Dennis Howard Jr. and wife Susan Marie of Wann, Patsy Rae Steeley of Dewey, Leona Marie Jones and husband Bobby of Copan, and Truman Everett Howard and wife Mary Sheila of Copan; 10 grandchildren, Jimmy Lucas, Melissa Groomes, Steven Howard, Justin Lee Howard, Jake Steeley, Keith Steeley, Dennis Jeffers, Bobby Jeffers, Shane Codding and Clinton Howard; and numerous great and great-great-grandchildren. They were both preceded in death by their grandson, Curtis Howard; John was preceded in death by his wife Roma, brother Truman Howard and sister Oneda Howard; and Roma by her parents, and sisters Bonnie Mae Bohnam and Joyce Ruth Clapper.

John Dennis & Roma Lee Howard, lifelong area residents, died this past week after 76 years of loving marriage. Roma Lee, 92, preceded him on Sunday, Jan. 26, and John, 96, was reunited with his bride in death on Saturday, Feb. 1, 2020. They... View Obituary & Service Information

The family of John Dennis Howard created this Life Tributes page to make it easy to share your memories.

Send flowers to the Howard family.