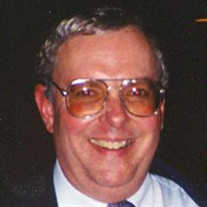 John Cannon Merrill Jr., 76, passed from this mortal plane on Monday, August 30, 2021. John was born on December 17, 1944, in Bartlesville, Oklahoma to Jeanne Ernst and John Cannon Merrill Sr. John graduated from Bartlesville High School in 1963. He graduated from Oklahoma State University in Stillwater, Oklahoma in 1967 with a Bachelor of Fine Arts in History. John continued his education at Oklahoma State University through 1968 to complete his teaching certification. John was a career educator with the Bartlesville School System for 38 years from 1968 to 2006. The children were always his passion, as much as the history that he imparted to them throughout his career. John’s entire career was spent teaching from the same room at Central Middle School, Room #114. John’s areas of expertise were Oklahoma History, World History, American History and American Civics. John was responsible for founding several extracurricular programs during his tenure at Central Middle School. The Central Middle School Television Engineers was a passion for him, imparting the ideas of television production into an early era school news program during the 1980’s. One very notable participant of the program was Ree Drummond of the Pioneer Woman. He also had one of the first motorcycle instruction programs in the state, the purpose of which was to teach young riders how to ride safely. John founded an open/no-try-out Central Middle School Cheerleading Program and oversaw its operation for 25 years until his retirement in 2006. Some of the young women who graduated from the award-winning program went on to cheer/dance in professional sports organizations, such as the Seattle Seahawk Dancers. Dr.Holly Lindholm Fouts was both a participant and a coach during his tenure with this program. John is survived by his wife of 56 years, Dolores Ann Merrill, and his two sons, John Daniel Merrill of Utica, Michigan and Michael Lynn Merrill of Bartlesville, Oklahoma. He is also survived by his two sisters, Allison Moore of Denver, Colorado and Lindsley Hartman of Nevada, Missouri, as well as multiple grandchildren, nieces and a nephew. In lieu of flowers, please consider making a donation to Animal Rescue Foundation, PO Box 3292, Bartlesville, OK 74006, in his memory. Funeral services will be held 2 p.m. on Saturday, at the Davis Family Funeral Home & Crematory – Walker Brown Chapel, with Pastor John Tisdale officiating. Services are under the direction of Carter Davis and the Davis Family Funeral Home & Crematory – Walker Brown Chapel. Online condolences and remembrances may be shared at www.DavisFamilyFuneralHome.com.

The family of John Cannon Merrill Jr. created this Life Tributes page to make it easy to share your memories.

John Cannon Merrill Jr., 76, passed from this mortal plane on...

Send flowers to the Merrill family.