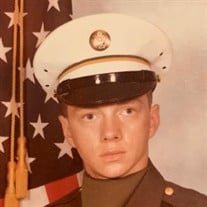 Joseph “Dusty” Edward Smith, 59, passed from this life on Friday, August 23, 2019, at his home in Dewey, OK, following a long illness. He was born on November 23, 1959, in Bartlesville, OK, to Joseph G. and Patsy J. (Sires) Smith. He was raised in Copan, OK, and received his education in Copan graduating in 1978. Upon graduation, he enlisted in the U. S. Army in 1978 serving in the 502nd MP Company after completing basic combat training. He was honorably discharged in 1982. He was proud to have served his country and above all proud to be an American. Dusty married Lisa Brunnemer in 1980 and out of their union they had a son and a daughter. They returned to the Copan area where he went to work as a police officer with the Bartlesville Police Department and later the Pawhuska Police Department. On September 28, 1984, he married Thresa Hightower and out of their union they had two daughters. He worked for many years as a welder. She preceded him in death on March 20, 1997. On January 8, 2009, he married Julie Hansen. They purchased a motor home and traveled across America (a lifelong dream of theirs) from Arkansas to Texas, onto Wyoming through the Bad Lands of South Dakota to Iowa, returning to Texas before moving to Copan, OK, to work for the Army Corp of Engineers as the gatekeepers of Copan Point. These were some of the happiest years of his life. She preceded him in death on February 12, 2018. Dusty loved watching westerns, hunting, fishing, spending time outdoors and spending every moment with Julie, and above all, he loved learning about God and His never-ending love for His children. In the last two years of his life, Dusty found great comfort in the Lord’s promises as his health declined. On July 14, 2019, Dusty turned his life over to the Lord and his baptism was witnessed by his daughter Shandi and her children, as well as his son Josh. He had made peace with his past and healed many relationships with his family and friends. Dusty is survived by his sister, Penney (John) Anderson of Bartlesville, sister Bobette Wells of Owasso, his son, Joshua Smith of Lindale, TX, daughter Shandea (Jeremy) Baublit of Lindale, TX, daughter Casey Smith of Tyler, TX, and daughter Lacey Smith of Lindale, TX, as well as seven grandchildren, several nieces and nephews, his cousin Leon Smith of Bartlesville, his friends and his church family. He was also preceded in death by his parents and his brother Tarry Smith. Visitation will be held on Sunday from Noon-5 pm. Funeral services will be held at 10 a.m. on Monday, August 26, 2019, at the Davis Family Funeral Home – Dewey Chapel with Rev. Gene Hester officiating. Interment will follow in the Dewey Cemetery. Services are under the direction of Carter Davis and the Davis Family Funeral Home. Online condolences and remembrances may be shared with Dusty’s family at www.DavisFamilyFuneralHome.com. In lieu of flowers, Dusty’s family is requesting that donations be made in his name to the Wounded Warrior Project which was something close to Dusty’s heart.

The family of Joseph "Dusty" Smith created this Life Tributes page to make it easy to share your memories.

Joseph “Dusty” Edward Smith, 59, passed from this life on Friday,...

Send flowers to the Smith family.