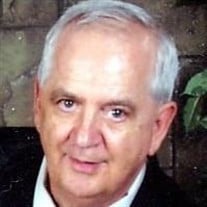 Kenneth Allen Gulley, or Ken as he was known was born the son of Wayne and Annabelle (McDonald) Gulley on May 8, 1942, in Bartlesville. He was raised in the area and attended Virginia Ave. Baptist Church. From his younger days, he excelled in sports, playing football and working as a lifeguard at Sani Pool. He graduated from College High in 1960 and went on to further his education and play football at Cowley College in Arkansas, KS. Ken served in the U.S. Army Reserve and worked locally at TRW Reda Pump, playing on the company softball team. While spending Labor Day with friends in Noel, MO, Ken met Chris Steffens at a dance and fell in love with her heart and soul. They were united in marriage on July 30, 1965, in Bartlesville and made their home in Bartlesville. Ken enjoyed attending and participating in his three daughters’ many sporting and school activities. In 1980 the family moved to Forsyth, MO, for the next 12 years before returning to Bartlesville. During this time Ken joined AA and was a sponsor for many of the new participants. Ken embodied the three legacies of AA: Recovery, Unity and Service. Together Ken and Chris loved to travel and they took several cruises and memorable trips to Florida where they enjoyed the beach. An avid sports fan, Ken’s favorite teams were the St. Louis Cardinals and the OU Football Team. He also enjoyed playing sports including golf. His greatest joy in life came from his family and his favorite holiday was Christmas when everyone would gather as a family to enjoy each other in the season. Ken is survived by his loving wife Chris of 54 years; three daughters Kim Lovelace and Mike of Taneyville, MO, Shelley Hancock and Mike of St. Louis, MO, and Kay Reich and Eric of Bartlesville; seven grandchildren Branden Lovelace, Megan Lovelace, Derek Lovelace, Amanda Bettinger and Nick, Ryan Hancock, Hailey Reich and Ashley Reich; and six great grandchildren, Blake, Ben, Gracie, Mark, Caroline and Natalie. He is preceded in death by his parents and one brother Keith Gulley.

Kenneth Allen Gulley, or Ken as he was known was born the son of Wayne and Annabelle (McDonald) Gulley on May 8, 1942, in Bartlesville. He was raised in the area and attended Virginia Ave. Baptist Church. From his younger days, he excelled in... View Obituary & Service Information

The family of Kenneth "Ken" Allen Gulley created this Life Tributes page to make it easy to share your memories.

Kenneth Allen Gulley, or Ken as he was known was born the son...

Send flowers to the Gulley family.