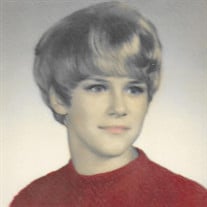 Lynda Lou Reser, 69, of Dewey, Left this earthly world Thursday in Bartlesville. Lynda was a loving wife, mother, “Meme,” and friend who will be deeply missed but always remembered. Lynda arrived in mortal form as the daughter of Albert “Bud” Roy and Sarah Joan (Blevins) Throne on October 27, 1950, in Tulsa, OK. She was immediately frustrated with the staff at the hospital because she had no makeup on and no one had taken time to fix her hair. She was raised and received her education in Tulsa, graduating from East Central High School in 1968. She went on to Neosho County Community College in Chanute, KS, and later completed her course work in Interior design from Tulsa Vo-Tech. Lynda started a long career at Southwestern Bell, where she met the love of her life, her co-worker Rusty Reser. After a short romance they united in marriage on January 25, 1983, in Collinsville, OK. Lynda’s favorite color was gold and to celebrate their love they both commissioned one-of-a-kind rings with unique designs. They made their first home in Tulsa but soon moved to Owasso, OK, where their two daughters Whitney and Meredith were born and raised. Eventually, Lynda and Rusty moved to Dewey in 2016. Lynda had many passions in life which revolved around her family and home. Lynda and Rusty enjoyed each other’s company and they worked together in their yard, gardening and keeping the lawn mowed just right. They travelled around to craft shows, where Lynda picked up new ideas for her next project and she could shop and shop for hours on end. She enjoyed decorating her home and helped many others with their homes. Through the years the family made many memorable trips to the family farm in Missouri, especially during fall - her favorite season. Once retired Rusty took up a second career traveling from coast to coast and from border to border delivering school buses. Sometimes Lynda and her baby Tucker the miniature schnauzer went along with Rusty, from the Grand Canyon to the west coast, and through her beloved Rocky Mountains, they enjoyed every moment spent together. Most of all Lynda loved her family and grandbabies - “Meme” always had watermelon and hot chocolate on hand year-round. Lynda was dearly loved and leaves wonderful memories for her family to cherish. Lynda is survived by her loving husband of 37 years Rusty; two daughters, Whitney Holly and husband Isaac of Collinsville, and Meredith Warehime and husband Justin of Dewey; one brother Roy Throne and wife Kim of Ada; and three precious grandbabies, Cooper, Bristol and Barrett. She is preceded in death by her parents and siblings, Luann Throne and Larry “Scooter” Burt Throne. Lynda’s family will receive friends at the Davis Family Funeral Home – Walker Brown Chapel, 918-333-7665, 4201 Nowata Rd, Bartlesville, on Friday, from 6-8 p.m. Services will be held 2 p.m. on Saturday, at the Davis Family Funeral Home – Walker Brown Chapel. Services are under the direction of Carter Davis and the Davis Family Funeral Home – Walker Brown Chapel. Online condolences and remembrances may be shared at www.DavisFamilyFuneralHome.com.

Lynda Lou Reser, 69, of Dewey, Left this earthly world Thursday in Bartlesville. Lynda was a loving wife, mother, &#8220;Meme,&#8221; and friend who will be deeply missed but always remembered. Lynda arrived in mortal form as the daughter... View Obituary & Service Information

The family of Lynda Lou Reser created this Life Tributes page to make it easy to share your memories.

Send flowers to the Reser family.