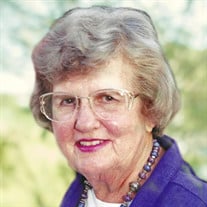 Donna Marilyn (Lynn) Leisure, 92, of Bartlesville, passed away on Tuesday, Oct 20th peacefully at home with her daughters by her side. Lynn was born Feb 2, 1928 in Wichita, KS, the daughter of Don Gordon and Mary Esther (Mueller) Gordon. Most of her childhood was spent residing between Wichita, Bartlesville and Oklahoma City. Her father designed the Oklahoma City Zoo and she spent many a summer in their house inside the zoo next to the Monkey Island. She met Jack, the love of her life, right before she went off to college. One of her favorite stories… She was on a date with a boy and they had an argument. He dropped her off on a corner late at night in Bartlesville and Jack, who was dating her stepsister at the time, drove by and offered to give her a ride home. After graduating high school, Lynn went to Oklahoma A&M where she received her degree in psychology. While in college she was an active member of Kappa Kappa Gamma and was the “Sweetheart of Sigma Chi.” Jack and Lynn married on May 28, 1949, at her home in Bartlesville. Due to Jack’s job as a geophysicist, the couple spent the first 10 years of their marriage living in various places all over the United States, before finally settling in Bogota, Columbia for four years. With Jack away from home so much because of his work in the field, Lynn decided to take up golf. Golf was second nature to her and she eventually graced the cover of the magazine of “Country Club De Bogota,” a very prestigious club at the time. This was a rare honor, not only because she was a woman, but she was an American woman. After returning to the United States they settled in Bartlesville and eventually opened Village Realty. She continued her real estate career with McAnaw Realtors until her retirement at 81. Lynn was a tenacious real estate agent and won many awards for her performance as a realtor over the years. She wanted to continue working in real estate even at the age of 81, but Jack was weary of her 12-hour days and wanted her to be home with him. Lynn was an avid golfer and a member of Hillcrest Country Club for more than 50 years. She would play three or four times a week with no regard to what the weather might be doing. She was also very active with the Service League, the Bell Ringer School and Women and Children in Crisis. She was a member of the First Presbyterian Church where she and Jack taught Sunday School. She was also a member of P.E.O. and continued to be active with the Kappa Alumni throughout her life. Her other passions were gardening and playing bridge. She could be found at a bridge table at least 3 times a week even into her 90’s. As she grew older and her memory faded, but the one thing she could always remember was how to play bridge. Lynn was a people person and never met anyone who didn’t become a friend. She always put her family and her friends first. She was there for anyone who needed her, day or night, no matter what might be going on with her. She was loved by many. Survivors include her daughter, Mindy Leisure of Bartlesville; daughter, Laurie Storm and her husband Rett Storm of Lipan TX; sister, Joetta Goetzinger of Oklahoma City OK and several nieces and nephews. She was preceded in death by her husband, Jack; her stepsister, Diana Hy; her stepbrother, Glenn Rose; and her parents, Don Gordon and Mary Esther McKeeman. In lieu of flowers, the family requests donations be made to The Journey Home, 900 NE Washington Blvd., Bartlesville, OK 74006. Lynn’s family will receive friends at the Davis Family Funeral Home and Crematory – Walker Brown Chapel, 918-333-7665, 4201 Nowata Rd, Bartlesville, on Friday, October 23, from 5-7 p.m. Visitation will also be held on Friday from 10-8. Graveside services will be held at 10 a.m. Saturday, October 24, at Memorial Park Cemetery in Bartlesville. Services are under the direction of Carter Davis and the Davis Family Funeral Home and Crematory – Walker Brown Chapel. Online condolences and remembrances may be shared at www.DavisFamilyFuneralHome.com. THE FAMILY REQUESTS EVERYONE WEAR MASKS THAT ARE ATTENDING THE FAMILY & FRIENDS GATHERING AND PLEASE ADHERE TO SOCIAL DISTANCING.

Donna Marilyn (Lynn) Leisure, 92, of Bartlesville, passed away on Tuesday, Oct 20th peacefully at home with her daughters by her side. Lynn was born Feb 2, 1928 in Wichita, KS, the daughter of Don Gordon and Mary Esther (Mueller) Gordon. Most... View Obituary & Service Information

The family of Lynn Donna Marilyn Leisure created this Life Tributes page to make it easy to share your memories.

Send flowers to the Leisure family.