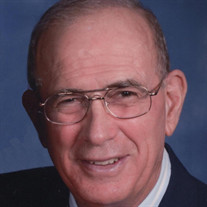 Melvin David Shoesmith of Copan lived large, as a thinker, doer, husband, father, grandfather, and all-around good guy. He died Saturday in Bartlesville after sharing 75 years of wonder, knowledge, and God’s love with the world. Mel was born the son of David and Josephine Grace (Wertz) Shoesmith on June 6, 1946, in Independence, KS. The family moved to Parsons, KS, where Mel was raised and attended school, graduating from Parsons High School in 1964. He learned the importance of working hard from a young age - his first job was as a paper boy delivering the Parson Sun. He worked through college at Brown’s Filling Station repairing flat tires. Mel furthered his education at Pittsburgh State University, graduating with a master’s degree in mathematics. Throughout his life, Mel never stopped learning and very importantly, he never ever wanted to. He loved knowledge, however, knowledge alone makes for a lonely life. He met his lifetime love and partner next. One afternoon while at the lake skipping rocks, Mel was blindsided by a rock hit to the head. After a brief recovery of being knocked silly, he realized Beth Lorence delivered the blow. He quickly fell in love, and they were united in marriage on August 14, 1971. They thoroughly enjoyed the next 50 years of life and love together. Mel started his career with State Farm Insurance, relocating to Bloomington, Illinois from ‘71-’77. Next, they moved to Bartlesville where he worked the next 20-plus years for Phillips Petroleum Co. Before retiring as a systems analyst, Mel’s last big project and career capstone was helping to merge the computer systems between Conoco and Phillips when the two energy giants merged creating ConocoPhillips. His retirement (enabled by his many years of hard work) freed Mel up to travel far and wide. Hand in hand with Beth, Mel would hit the road for weeks at a time visiting national parks and other destinations all over the U.S. that caught their fancy. The lovebirds managed to attend every one of their nieces’ and nephews’ weddings, even though they oftentimes had to travel long distances. Back at home, Mel was active in all of his children’s and grandchildren’s lives. He loved attending his grandkids’ events, taking them fishing, pulling them around the lake, and having them over to the house - sometimes laughing so hard they cried, always making cherished memories. Mel coached various teams his children were on and even continued to coach after they aged out. He then filled a need for referees in soccer and basketball where he officiated for jr. high, senior high, and college games 3-4 times a week for many years. His community benefited in his willingness to serve and invest in local youth. He spent 15 years on the school board and established a scholarship for Copan students to further their education in a trade or at college. Within the past few years, he developed the Youth Basketball Program for Pre-K - 5th grade kids through his home church Copan United Methodist. The program was low cost and had scholarships available to those who needed it. Mel had a heart for building up the next generation and wanted all kids to develop basketball skills. When Mel saw a community need, he worked hard to remedy it. He was instrumental as a founding member of Rural Water District 7, bringing city water to rural homes. Mel and Beth built their current home with their own hands. He took construction courses and together they built it from the ground up. He leaves a legacy of love in action for his children and grandchildren. Mel is survived by his loving wife of 50 years Beth; 2 children David (Heather) Shoesmith and Michelle (Dave) Sipp; 6 siblings, Esther Lewis, Erlene (Ray) Kerley, Darold (Rachel) Shoesmith, Gary (Julie) Shoesmith, Darla (Clarke) Westhoff and Paula Kindrick; 7 grandchildren, Katie, Lauren, Preston, Parker, Emily, Andrew and Rebecca; and a host of nieces, nephews and other family. He is preceded in death by his parents and brother Estes Ray Shoesmith. Mel’s family will receive friends at the Davis Family Funeral Home – Dewey Chapel, 918-534-3030, 113 S. Osage (Hwy. 75), Dewey, on Thursday, from 6-8 p.m. Family will visit with friends at the funeral home Thursday from 6-8 p.m. In lieu of flowers, memorials may be made to The Journey Home, Copan Public Schools Youth Basketball, or ALS Foundation. Funeral services will be held 2 p.m. Friday at the Copan Toby Moreland Student Center, with Rev. Warren Peck officiating. Interment will follow in the Dewey Cemetery. Services are under the direction of Carter Davis and the Davis Family Funeral Home – Dewey Chapel. Online condolences and remembrances may be shared at www.DavisFamilyFuneralHome.com.

The family of Melvin "Mel" David Shoesmith created this Life Tributes page to make it easy to share your memories.

Send flowers to the Shoesmith family.