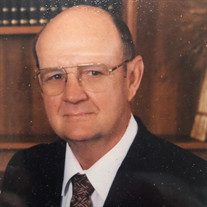 NNorbert Gerstenkorn, age 81, Bartlesville, OK, formerly Conway Springs, KS passed away on December 6, 2021. Norbert was born in Chanute, KS, on November 27, 1940, to his parents, Ben and Rose Gerstenkorn. He grew up in south-central KS, where he helped with the family farm. It was no surprise when he began his career in the agriculture business in 1959 at the Garden Plain Coop. In 1961, he went on his first and only blind date and married Martha Hastings 15 months later. In 1969, Norbert accepted a General Manager position at the Coop in Conway Springs, where he carried out a very successful career until his retirement in 2009. During his time as a Coop Manager, he gave back to the agriculture, education, and local and state communities through various board and executive office positions namely with Kansas Farmers Service Association, Kansas Grain Inspection Service, USD 356 School Board President, Conway Bank, and Chamber of Commerce. In addition to his civic duties, he was a Servant through the Knights of Columbus as a Grand Knight at St. Joseph’s Catholic Church. Norbert left his impression on every person he encountered through work, friends, and especially his family. Norbert was a loving husband, father, and papa who shared his wisdom, thoughtfulness, compassion, and appreciation with those he loved and cherished. During his downtime, Norbert was an avid golfer, loved the outside, and enjoyed gardening and landscaping. He and Martha also enjoyed going to OU basketball games in Norman, OK, and traveling across the US. Norbert died surrounded by loved ones after a ten-year long battle with Alzheimer’s. Norbert was preceded in death by his parents, Ben and Rose Gerstenkorn, brother, Leon Gerstenkorn, daughter, Jeanene Gerstenkorn, and son, James Gerstenkorn. Survivors include his wife, Martha of 59 years, daughter Julie Mauntel and husband Mike, grandson Colton Mason and wife Destinee, daughter-in-law Debbie Gerstenkorn, wife of James, and granddaughter Emily Gerstenkorn. Surviving siblings include Bernita Becker, Alvin and wife Mary Jane Gerstenkorn, and Carolyn Gerstenkorn. Visitation will be held Thursday from 12 - 8pm and Friday 9 – 11am at the Davis Family Funeral Home and Crematory – Walker Brown Chapel, 918-333-7665, 4201 Nowata Rd, Bartlesville. Funeral mass will be held 1pm Friday at St. John Before the Latin Gate Catholic Church. Interment will follow in the Dewey Cemetery. Services are under the direction of Carter Davis and the Davis Family Funeral Home and Crematory – Walker Brown Chapel. Online condolences and remembrances may be shared with the family at www.DavisFamilyFuneralHome.com.

NNorbert Gerstenkorn, age 81, Bartlesville, OK, formerly Conway Springs, KS passed away on December 6, 2021. Norbert was born in Chanute, KS, on November 27, 1940, to his parents, Ben and Rose Gerstenkorn. He grew up in south-central KS, where... View Obituary & Service Information

The family of Norbert Paul Gerstenkorn created this Life Tributes page to make it easy to share your memories.

Send flowers to the Gerstenkorn family.