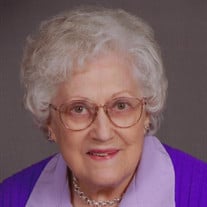 Norma Sue (Hahn) Morrow, 86, of the Bartlesville area, went home to be with her Lord and Savior on April 23, 2020 at The Journey Home in Bartlesville. Norma Sue was brought into this world on Sept. 13, 1933 in the first home of Dora Ethel and Clyde Dane Hahn. Assisting in the delivery was Dr. Forrest Etter, making quite an old-fashioned house call to this remote location on Forty Four Hill in Osage County. In the 1940s the family moved to 40 acres in the Sand Creek area, where Clyde and Dora hand-built their new three-bedroom home out of used lumber. Susie, as she was called by her young friends, attended Labadie Heights school, graduating from the eighth grade. She attended Central High School and College High School in 1951. She then attended Bartlesville Business College and later went to work at the Union National Bank. Susie married Joe W. Morrow in 1954 and was employed at the A&M College campus. The couple returned to Bartlesville when they began raising a family and Mr. Morrow was employed by servicing oil wells. Sue moved to Kansas City, Mo., with her two boys to train with Phillips Petroleum Company before moving back to Bartlesville. She lived in another of Clyde’s self-built homes on the family farm while she worked with the credit card division of Phillips for several years. A devoted homemaker, seamstress, beautician, and caregiver; Sue eventually moved back into the family farmhouse, helping to take care of Clyde and Dora. After the passing of Clyde and the upkeep of the farm becoming more of a burden, Sue and Dora moved into town in east Bartlesville. She continued living here after taking care of her mother who passed away in 2001. She continued driving across town to her beloved Memorial Christian Church on the northwest side of town every Sunday that she was able. She was a faithful member and enjoyed fellowship and occasional out of town trips with her Christian family. Sue is survived by her two sons, Michael Joe Morrow and his wife Vicky, and Richard Wayne Morrow; sister, Patty Ruth Moody; brother, Ray L. Hahn and his wife Doris; sister-in-law, Wathena Hahn; two grandchildren, Kristy Derby and Billy Morrow; seven great-grandchildren, Makaylah, Laci, Matthew, Kaylee, Matthew, Alex and Chloe; and three great-great-grandchildren, Zerek, Xaden and Dixie. She was an aunt to six nieces and nephews. In addition to her parents, she was preceded in death by her brothers, Clyde Hahn Jr. and Donald L. Hahn; and brother-in-law, James Moody. Sue’s visitation will be held on Tuesday from 10-8 and on Wednesday from 10-1. In lieu of flowers memorials may be made to The Journey Home, 900 NE Washington Blvd., Bartlesville, OK 74006. Funeral services will be held 2 p.m. on Wednesday, April 19 at the Davis Family Funeral Home - Dewey Chapel with Reverend Dan Snider officiating. Services are under the direction of Carter Davis and the Davis Family Funeral Home – Dewey Chapel. Online condolences and remembrances may be shared at www.DavisFamilyFuneralHome.com.

Norma Sue (Hahn) Morrow, 86, of the Bartlesville area, went home to be with her Lord and Savior on April 23, 2020 at The Journey Home in Bartlesville. Norma Sue was brought into this world on Sept. 13, 1933 in the first home of Dora Ethel... View Obituary & Service Information

The family of Norma Sue Morrow created this Life Tributes page to make it easy to share your memories.

Send flowers to the Morrow family.