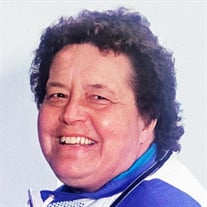 Patricia “Kay” Rush, 80, of Bartlesville, passed away on Monday, May 2, 2022. Kay was born October 25, 1941, in Oklahoma City to Elton Earl and Kathryn (Hales) Rush. She graduated Waco, TX, High School and later attended Midwestern State University in Wichita Falls, TX, where she earned her bachelor’s degree. Kay served as a civil engineer technician with the U.S. Army Corps of Engineers, starting in the mid-1970s. She worked on numerous lake projects, including at Lake Skiatook, Copan Lake and the Copan and Dam, to name a few. She shared fond memories of working and negotiating a contract at Fort Drum in Black River, New York. The project required the contract price negotiations of several construction contractors. It was a $1.3 billion expansion project to the military base. During her time with the Corps, she also helped with cleanup for multiple national disasters. Kay retired from the Corps of Engineers in 1997 after 20 years of service. Her three favorite furried friends were her dogs, Mocha, Cocoa and Harley, who lived long and happy lives. Kay was especially fond of the foreign exchange students she had hosted over the years. The students hailed from Japan, Ukraine and Russia, and she kept in touch with their families, especially during the recent times of safety concerns. While the students were staying with her, she loved traveling with them all over the United States and wanted them to experience new things with her. Traveling was one of Kay’s favorite pastimes and she enjoyed sharing that love with others. She visited every state in the U.S. Kay liked to buy Publisher’s Clearinghouse and her family laughingly received many trinkets and funky socks from her purchases. Most of all, Kay was a proud grandmother. She adored her family and enjoyed spending time with them. Kay is survived by her son, Trent Rush and his wife, Leah, of Mannford, OK; her brother, Butch Rush and his wife, Sylvia, of Bartlesville; her sister, Penny Colbaugh and her husband, Phil, Richardson, TX; three grandchildren, Trevor Rush and his companion, Candice of Prue, OK, Jacob Rush and Rachel Rush, both of Mannford, OK; nieces, Laurie Rush and companion Jeff of Skiatook, Gina Gammon and her husband Rick of Bartlesville, Nikki Tasker and husband Andy of Bartlesville, Lyna Colbaugh of Richardson, TX, Waite Colbaugh and wife Becca of Fayetteville, AR; one great-granddaughter, Phoenix Rush in Prue, OK; and a host of extended family members and friends. She was preceded in death by her parents. Memorial services will be held at 2 p.m. Monday, May 9, at the Davis Family Funeral Home & Crematory – Walker Brown Chapel. Services are under the direction of Carter Davis and the Davis Family Funeral Home & Crematory – Walker Brown Chapel. Online condolences and remembrances may be shared at www.DavisFamilyFuneralHome.com.

The family of Patricia "Kay" Rush created this Life Tributes page to make it easy to share your memories.

Patricia “Kay” Rush, 80, of Bartlesville, passed away on Monday,...

Send flowers to the Rush family.