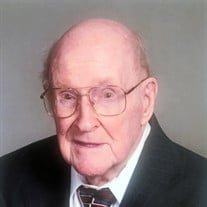 Robert C. Lutton, 96, after a life surrounded by love, died on August 16, 2021 in Bartlesville, Oklahoma. Robert was born in 1925 to Ruth and Wayne Lutton of Portland, Oregon. He remained in Portland and continued on to Reed College after completion of high school. After his freshman year, he enlisted in the Army Air Corps, and the next few years were spent in preparation for a radar detection post. With the end of the war, he returned to his educational pursuit and completed a Bachelor of Science degree in Chemical Engineering from Oregon State. As a member of Sigma Phi Epsilon-Oregon Alpha, he enjoyed meaningful lifetime friendships. Robert was awarded a Master’s Degree from Massachusetts Institute of Technology, and ultimately a Ph.D. from University of Washington, Seattle. He spent the next ten years as a professor and in continuing education. During this time he was awarded a Professional Development Degree from the University of Wisconsin, Madison. Although his educational pursuits were a meaningful experience, they paled in comparison to meeting, falling in love, and sharing a life with his sweet Camilla, a lovely young woman from Nova Scotia, Canada. In 1978, Robert, Camilla, and their four daughters: Natalie, Annette, Marie & Claire moved to Bartlesville. Here he worked as a patent development engineer for Phillips Petroleum until he retired in 1992. In retirement, he enjoyed golfing, traveling, school reunions, collectible trading card conventions, ballroom dancing, and gardening. He and Camilla were active members of Saint James Catholic Church and then Saint John Before the Latin Gate Catholic Church. Robert was preceded in death by his parents. He will be greatly missed by his brother, Richard, his wife, Camilla, his four daughters: Natalie and husband Dale, Annette and husband John, Marie and husband Trey, and Claire and husband Bryan. He was also beloved grand-pere to grandchildren Mackenzie, Miranda, Clint, Breanna, Zachery, Connor, Bobby, Tyler, and Aiden. Robert's family will receive friends at the Davis Family Funeral Home & Crematory – Walker Brown Chapel, 918-333-7665, 4201 Nowata Rd, Bartlesville, on Thursday, August 19, beginning at 7:00 p.m. A funeral mass will be held at 10 a.m. on Friday, August 20, at Saint John Before the Latin Gate Catholic Church, 715 South Johnstone Avenue, Bartlesville. Interment will follow in the Memorial Park Cemetery in Bartlesville. Condolences and remembrances may be shared at www.DavisFamilyFuneralHome.com. In lieu of flowers, donations may be made to Saint John Before the Latin Gate Catholic Church, Saint James Catholic Church, or Eldercare.

Robert C. Lutton, 96, after a life surrounded by love, died on August 16, 2021 in Bartlesville, Oklahoma. Robert was born in 1925 to Ruth and Wayne Lutton of Portland, Oregon. He remained in Portland and continued on to Reed College after... View Obituary & Service Information

The family of Robert "Bob" C. Lutton created this Life Tributes page to make it easy to share your memories.

Send flowers to the Lutton family.