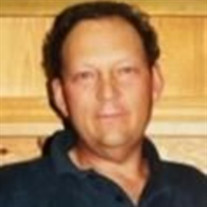 Robert Newton Utter, 68, of Bartlesville, passed away on Thursday, March 24, 2022. Robert was born April 19, 1953, in Littleton, CO, to Delbert Ray Utter and Billie Frances (English) Utter. Robert married Jolene Kay Kunish on August 18, 1973, in Strasburg, CO, and the couple made their home there. Robert worked for more than 35 years in the oil and gas industry, 20 of which he owned his own business. They moved to Bartlesville, OK, two and a-half years ago and attended Redeemer Lutheran Church. Robert, who is a member of the Cherokee Nation, was an avid collector of American Indian artifacts. He also enjoyed collecting antique trains as a hobby. Robert is survived by his loving wife of 48 years, Jolene Kay (Kunish) Utter; his mother, Billie Frances (English) Utter; a daughter, Chantel Spring Gray and her husband, Terry, of Dewey; a brother, Michael R. Utter; two sisters-in-law, Joan Utter and Jan Utter; a niece, Pam Utter; two nephews, Michael K. Utter and his wife, Cayli, and Mark Utter. He was preceded in death by his father, Delbert Ray Utter; a brother, Alan Ross Utter; and a niece, Dana Sue Utter. Memorial services will be held at 11 a.m. Thursday, March 31, 2022, at Redeemer Lutheran Church in Bartlesville with Pastor William J. Shupe officiating. Services are under the direction of Carter Davis and the Davis Family Funeral Home & Crematory – Walker Brown Chapel. Online condolences and remembrances may be shared at www.DavisFamilyFuneralHome.com.

The family of Robert Newton Utter created this Life Tributes page to make it easy to share your memories.

Robert Newton Utter, 68, of Bartlesville, passed away on Thursday,...

Send flowers to the Utter family.