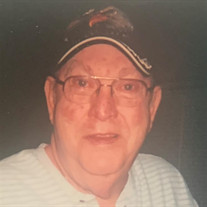 Samuel “Sam” Abbott, 80, of Dewey, Oklahoma, passed away on Sept. 3, 2020. Samuel was born Jan. 21, 1940, to Howard and Francis Abbott. He grew up in Afton, Bushyhead and Claremore, Oklahoma, and graduated from schools in Afton. Sam and his wife Barbara made their home in Dewey. Over the years, Sam worked for Dolly Madison Cake and Wonder Bread in Tulsa, Oklahoma, and Coffeyville, Kansas, as well as Missouri Pacific Railroad in Coffeyville. Finally, the two of them, Barb and Sam, worked at Bartlesville Health & Rehab Community for several years. Sam worked as an assistant activities director. He was friendly, talkative and he freely interacted with other people - just what was needed to motivate patients who weren’t so easily motivated to them get up and moving. Sam had compassion in his heart and he was one to give people a little pat on the back to remind them what they were doing made a difference. To Sam, we want to say, you deserve a big pat on the back, too! Sam is survived by his wife of 39 years, Barbara (Peyton) Thompson Abbott; two biological children, Donna Abbott Hardy and husband Jim of Independence, Kansas, and Keith Abbott and wife Dawn of Lee’s Summitt, Missouri; two stepchildren, Rhonda Thompson Camp and husband Larry of Pflugerville, Texas, and Lloyd Leroy Thompson and wife Robin of Bartlesville, Oklahoma. He was preceded in death by his parents, his sister Nancy Abbott Findley, and his stepson Terry Edward Thompson. Sam will be deeply missed. His memory will be held in our hearts. In lieu of flowers, memorial donations may be made in Samuel’s name to the American Diabetes Association, 2451 Crystal Drive, Suite 900, Arlington, VA 22202. The family wishes to thank the doctors, nurses and staff members of Bartlesville Health and Rehab Center, Jane Phillips Medical Center and Cornerstone Hospice of Bartlesville. Sam’s family will receive friends at Davis Family Funeral Home – Dewey Chapel, 918-534-3030, 113 S. Osage (Hwy. 75), Dewey, on Tuesday, September 8, from 6-7 p.m. Visitation will also be held from 10-8. Graveside services will be held 2 p.m. on Wednesday, September 9, at Robbins Cemetery near Dearing, KS, with Pastor Brian Fuller officiating. Services are under the direction of Carter Davis and the Davis Family Funeral Home – Dewey Chapel. Online condolences and remembrances may be shared at www.DavisFamilyFuneralHome.com.

The family of Samuel Oscar Abbott created this Life Tributes page to make it easy to share your memories.

Send flowers to the Abbott family.