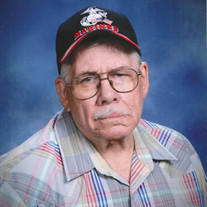 Tony Mark Alexander, 69, of Bartlesville, died Friday in Bartlesville. Tony was born the son of Paul and Faith (Marshall) Alexander at home in Sedan, KS, on January 29, 1953. The family moved to Bartlesville, OK, where his father was a policeman. From an early age, Tony loved to fish with his dad, and fishing became a lifelong passion for him. He enjoyed the great outdoors and saw nature as God’s handiwork. Tony graduated with the Sooner High Class of 1971. His mother was a wonderful Christian woman of grace and devoted mother, and he loved her dearly. Tony took notice of a lady that was working as a caregiver next door to his mother and he made up his mind to ask her for a date. Years later, Sybil, Sherrie’s mother, still remembers Tony showing up for that first date with a bouquet of flowers. Over the years Tony cherished the time he and Sherrie spent with Sybil and Tom Copeland, enjoying a deep and lasting friendship that included fishing, trips and many, many meals together. Tony and Sherrie were married on February 16, 1993, and they have enjoyed 29 years together. Tony worried about those he loved, and especially when they didn’t check in as regular as he wanted, he spent countless hours visiting on the phone. Tony loved the Lord - he grew up and was active in the Assembly of God Church. He was a collector and his many collections included cowboy hats that belonged to beloved family members, rods and reels, eagles, horses and many more. He was an avid OU and Dallas Cowboys fan. Tony enjoyed watching westerns and his favorite actor John Wayne in action. Tony will be dearly missed. Tony is survived by his loving wife Sherrie, son Joseph, mother-in-law Sybil Copeland, brother-in-law Monte Copeland, and brother Phillip Alexander. He is preceded in death by his parents, sister Rita Ann Cone, father-in-law Tom Copeland and brother-in-law Tommy Lewis Copeland. Tony’s family will receive friends at the Davis Family Funeral Home – Dewey Chapel, 918-534-3030, 113 S. Osage (Hwy. 75), Dewey, on Sat. from 3-5 p.m. Visitation will also be held on Sat. from 10-5. Services are under the direction of Carter Davis and the Davis Family Funeral Home – Dewey Chapel. Online condolences and remembrances may be shared at www.DavisFamilyFuneralHome.com.

Tony Mark Alexander, 69, of Bartlesville, died Friday in Bartlesville. Tony was born the son of Paul and Faith (Marshall) Alexander at home in Sedan, KS, on January 29, 1953. The family moved to Bartlesville, OK, where his father was a policeman.... View Obituary & Service Information

The family of Tony Mark Alexander created this Life Tributes page to make it easy to share your memories.