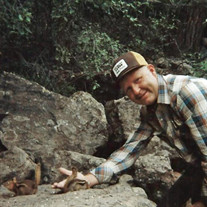 Wade Richard Stewart, 74, of Copan, died Saturday, June 19, 2021, in Bartlesville. Wade was born September 4, 1946, in Dewey to William Louis Stewart Sr. and Mary Elizabeth (Robinson) Stewart. He graduated from Dewey High School in 1964 and then served in the Army from 1966-1968, during which time he was stationed in Louisiana and then Germany. Wade married the love of his life, Landa Carrol Bates on November 29, 1969. From an early age, Wade wanted to be a truck driver. Jack Hadley said that a man who can fulfill his childhood dreams is a successful man. In that sense, Wade was a very successful man. We would all have to agree. After his discharge from the Army, Wade and his brother, Bill, operated a hay hauling and feed hauling business. Wade used the trucks for community activities, such as hayrides for FFA and church groups. He loved to read Westerns and historical novels and travel the United States. He had traveled through the majority of the continental United States and had been to Canada many times. Wade was employed with DP Bonham Trucking from 1969 until his retirement in 2008. After his retirement, Wade volunteered for non-profit organizations, including Tuesday House in Bartlesville and the Mutual Girls Club. In his spare time, he also sold scrap metal. In the fall, Wade and Landa would pick native pecans for friends and neighbors. He was very generous and would give the shirt off his back if he thought someone needed it. Survivors include his wife, Landa; his sister and brother-in-law, Wanda and Robert Fox; two nephews, Roger Stewart and his wife Teresa, and Bobby Fox; four nieces, Kay Rutledge, Dianna Hays and husband Steve, Janice Goad Guy and Sharon Finney. In addition to his parents, Wade was preceded in death by his brother, William Stewart, Jr.; his sister, Wilma Burrows; and his niece, Carlene Scott. In lieu of flowers or gifts, the family requests donations be made to Tuesday House, 327 S. Penn Ave., Bartlesville, OK 74006. Wade’s family will receive friends at the Davis Family Funeral Home – Dewey Chapel, 918-534-3030, 113 S. Osage (Hwy. 75), Dewey, on Wednesday, June 23, 2021, from 1-3 p.m. Visitation will also be held on Wednesday from 10-8. Funeral services will be held 10 a.m. on Thursday, June 24, 2021, at the Davis Family Funeral Home - Dewey Chapel. Interment will follow in the Dewey Cemetery. Services are under the direction of Carter Davis and the Davis Family Funeral Home – Dewey Chapel. Online condolences and remembrances may be shared at www.DavisFamilyFuneralHome.com.

The family of Wade Richard Stewart created this Life Tributes page to make it easy to share your memories.

Send flowers to the Stewart family.