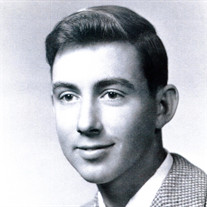 Phillips Wiley Shelton, 84 years old, died at his home in Bartlesville, Oklahoma April 8, 2019. Wiley was born in Bartlesville December 7, 1934 to Willard Jennings Shelton Sr. And Ora Almeda (Day) Shelton. Wiley is survived by a sister, Jane Shelton Goodhue of Wilmington, North Carolina and a step-son, Rev. Jerry Hauser of Tulsa, Oklahoma. Predeceasing Wiley were his wife of 48 years, Donna G. (Lemmons) Shelton, his mother and father, his sisters Jean Shelton Alexander and Carmen Shelton Rau, and a brother, Willard Jennings Shelton Jr. Wiley graduated from College High School, Bartlesville, Oklahoma, and studied art at the University of Tulsa. He served in the U.S. Army in the 1950s and worked for Phillips Petroleum Co. as a draftsman in the 1960s. Wiley was named after the famous aviator Wiley Post, who frequented his parents’ house and was a family friend. His father, an aviation employee of Phillips Petroleum at the Bartlesville airport, knew many of the early aviators whom Phillips supported. Graveside services will be held at 11 a.m. Friday, May 3, 2019 at the Dewey Cemetery with interment next to his wife Donna who passed away on January 22, 2017. Services are under the direction of Carter Davis and the Davis Family Funeral Home – Dewey Chapel. Online condolences and remembrances may be shared at www.DavisFamilyFuneralHome.com.

The family of Wiley Shelton created this Life Tributes page to make it easy to share your memories.

Send flowers to the Shelton family.