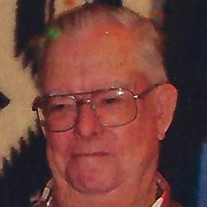 William “Bill” Elmer Dean, 92, of Wann died Wednesday in Caney, KS. William “Bill” Elmer Dean of Wann, OK, died Wednesday in Caney, KS. He was 92 and had enjoyed a long life filled with fruitful blessings from his beloved wife to their children and their children’s children and many more in their large family who lived within a short drive of one another. Bill was born to Levi and Grace (Hawk) Dean on September 21, 1927, in Wann. He was raised in the area and completed his education at Wann Public Schools where he graduated with the class of 1942. He then went on to work at TRW REDA Pump for many years. By chance, Bill met Mary Lou through mutual friends, and within a year they were united in marriage on June 18, 1949, in Bartlesville. In 1959, Bill and Mary Lou, along with their four children, moved into a home that they had built themselves. Bill acquired the five acres of land for $100 by agreeing to serve on the Board of the school that his children attended in Antioch. Mary Lou and Bill were married for nearly 66 years before her passing in 2015. Bill’s passions in life centered around his family, his vegetable garden, and attending auctions. Bill could be found attending many auctions around the state and there wasn’t an auctioneer that he didn’t know. Bill was known for buying items to refurbish or resell, and even traded items to his coworkers. One of his most proud purchases was a tractor that he purchased in Elk City and had to drive it back to Wann at a maximum of 15 mph. Bill and Mary Lou were always together - from working in the garden to traveling in their camper to various music festivals. Bill is survived by his four children Judy Ann Chaney of Wann, Steven Ray Dean of Copan, Betty Jo Trimble and husband Leroy of Copan, and Anna Marie Pruett and husband Larry of Copan; three brothers Donnie Dean and wife Deloris of Wann, Jerry Dean and wife Peggy of Dewey, Jack Dean and wife Bessie of Wann; one sister Sue Phillips of Bowring; 9 grandchildren; 24 great-grandchildren; and many great-great-grandchildren. He is preceded in death by his wife Mary Lou; his parents Levi and Grace; and one great-granddaughter Rachel Nicole Carner. Visitation will be held Sunday from 12-5 and Monday 9-11 at the Davis Family Funeral Home - Dewey Chapel, 918-534-3030, 113 S. Osage (Hwy. 75), Dewey, OK. Services will be held 2 p.m. Monday at the Copan United Methodist Church, with interment to follow in the Wann Cemetery. Arrangements are under the direction of Carter Davis and the Davis Family Funeral Home – Dewey Chapel. Online condolences and remembrances may be shared at www.DavisFamilyFuneralHome.com.

The family of William "Bill" Dean created this Life Tributes page to make it easy to share your memories.